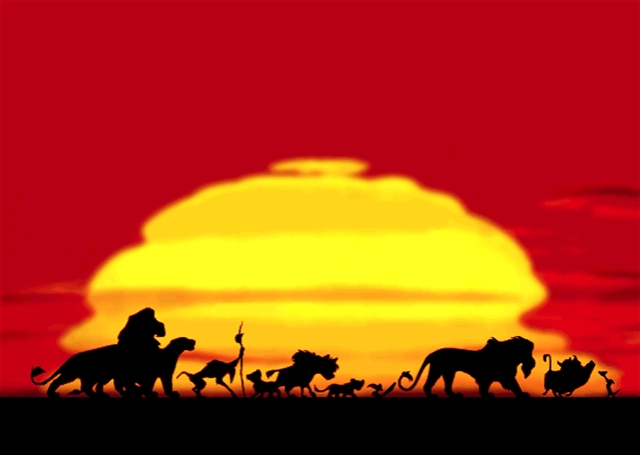 Writer’s note: this is based solely on my personal preference.  These might not be objectively considered the best, they are just the ones that I enjoyed the most.  This is all opinion.

Post-script: Why top seven, instead of ten or five?  Because I felt like being off the wall.

By all accounts, this is not Disney’s best work.  A lot of the animation is kind of stock footage that you can see used and reused in other Disney flicks and the voice work is nothing special.  But you know what this movie is?  FUN.  This movie just had a huge enjoyment factor.  From the music to the characters to the fact that the Scat Cat is voice by Scatman Crothers, this movie is a joy to watch.  It won’t swing you through the gamut of emotions that other Disney movies would, but ultimately, it’s just a fun time.  I highly recommend checking it out if you haven’t.

This movie didn’t go over so well.  On a budget of 140 million, this movie limped its way to 40 million at the box office and was probably the biggest financial loss of Disney’s storied history.  But ultimately, I liked this movie a lot.  Some of the supporting cast is a bit weak and the humor fall flat sometimes, but I found the anchor of the story to be quite compelling.

Explanation: Disney movies never feature a whole family.  One of the parents is always either dead or just not present.  Sometimes they die on screen if Disney is feeling ballsy.  In Treasure Planet, Jim’s dad is not present (expected), but much of the movie is tied up in him grappling with becoming a man with no father figure.  He has no one to look up to, no one to smack him across the back of the head to keep him in line, so he misbehaves.  And that also helps explain why when a highly sketchy character named John Silver tries to take him under his wing, Jim jumps at the opportunity.

His character really made the movie interesting for me as a teenager, even if the rest of the movie was hit and miss.

As amazing as this movie is, I put it pretty low on the list because I didn’t enjoy it quite as much as a kid.  Sure, I watched it when I was younger, but I never quite got into it.  While it was fun seeing Mickey Mouse in the Sorcerer’s Apprentice and it was funny watching alligators dance with hippos, but other than those two sequences, it didn’t really do it for me as a kid.  I rewatched it a couple years ago for the first time in a decade.

And it blew me away.  Fantasia is art in its highest form.  Having an appreciation for classical music helps out a lot.  The visuals compliment the music beautifully, and the climax of the film with Night On Bald Mountain juxtaposed against Ave Maria still gives me chills.WATCH.  THIS.  MOVIE.

The only surprise with this movie on this list is the fact that I have it at #4 and not higher.  It’s a great movie; don’t get me wrong, I just had three other ones I liked better.

In addition to being a lot of fun, this movie affected me deeply when I was a child.  It made me cry.  And I am not making that up.  SPOILER ALERT.  In the climax of the movie, Tramp is being taken to the dog pound to be killed, as he was wrongly accused of attacking the master’s baby.  Upon discovering that he was wrongly accused, Jock and Trusty go chasing after the carriage.  They run it down and it crashes.  The master shows up to clear everything up, and it all looks great!  Until we hear Jock whine.   Trusty got crushed under the carriage.  Cue tears.  Yeah, he makes it out ok as we see in the last scene he just broke his leg, but it was pretty rough up until that point.

I consider this Disney’s best movie.  Not quite my favorite, but definitely their best.  The songs are lively and fun, the characters are dynamic, and Gaston is a really great villain.  On a technical level too, this movie is amazing.  The sweeping shots in the ballroom had never been done in an animated film before.  The climax of this movie is extremely emotional and really draws you in.

But as much as I like this movie, what do I consider my favorite?

This movie has all the artistry of Fantasia, the storytelling of Beauty and the Beast and my favorite villain of all time.  Seriously, Maleficent is an amazing villain.  I still get chills in the climax when she cuts Phillip off from getting to the castle to rescue Aurora.  She stands in front of him and shouts “Now you shall deal with ME, O Prince, and all the powers of HELL!” and she turns into a MOTHER $#@*ING DRAGON.  That is bad ass.  My dad still remembers how testoteroned up I got when watching this movie when I was younger.  My appreciation for the movie only grew as I got older when I recognized that the theme of this movie was a waltz written by Peter Ilich Tchaikovsky, my favorite classical composer.

Seriously, I love this movie.