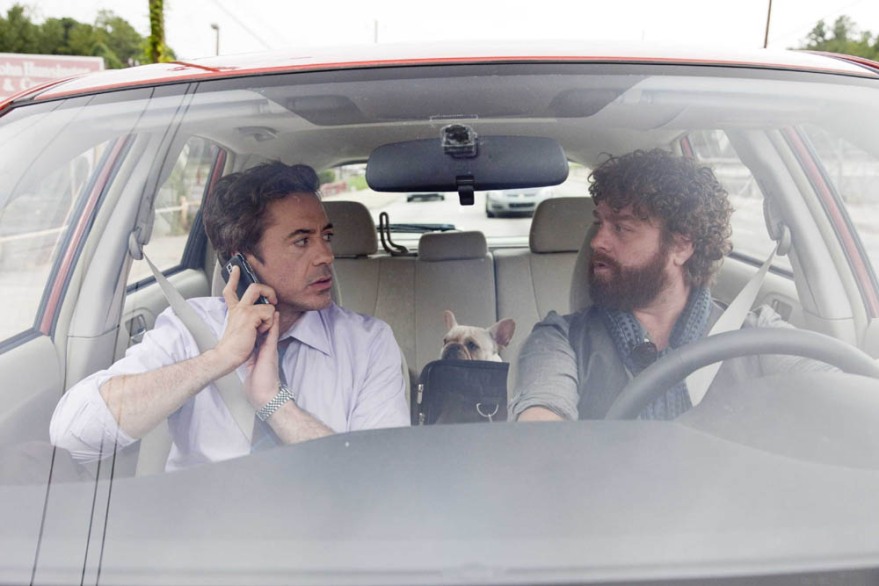 I recently got the change to sit down and watch Due Date with a few friends.  The comedy features some of Hollywood’s recently big names, Robert Downey Jr. and Zach Galifianakis.  The story follows two guys on thier way to LA as Robert’s character’s wife is having her first baby.

Robert’s character, Peter Highman, is out East for a big meeting.  He plans to take a plan to meet his wife so he can be there for the birth of his child.  Sadly, this is when Zach Galifianakis comes into place.  He’s an inspiring actor that gets Robert in trouble on the plane landing him on the no-fly list.  Well Peter must hitch a ride with Zach since he has no wallet.  As you may guess, this does not bode well for Peter trying to get home on time.

I’ll leave the rest of the plot up to your imagination, or you could simply watch the movie.  Moving on…

This movie tried too much to be ‘The Hangover V2′.  It failed.  I’m not saying this is a bad movie, just not good.  I laughed out loud in some scenes, it was true fully funny.  But sadly, most of the film was boring.  It was without spirit, and I wanted to dive into the characters much more.

Have you ever seen ‘Planes, trains, and automobiles?’  Well I have.  This movie was just like that movie.  I guess it’s bound to happen that movies will seem like old classics but I just don’t like it happening in my lifetime.  Felt like a rip off.  I’m too young for this to happen.

This is Nathan with Attebiz Movie Reviews.  Good night, and happy Holidays.

One thought on “Due Date Flop”